Upcoming regeneration across Ealing, Acton and Brentford is set to change the face of our area

Lottery funding and new developments seem to be pouring into our key areas stretching from Brentford, through Ealing and onto Acton that over the next few years will dramatically change and rejuvenate the landscape of our part of West London.

Here are a few of the new developments and regeneration projects that are taking place over the next few years.

The Brentford Football Club will be getting a new home, moving from Griffin Park closer to where it originated closer to Kew.

Where: To be built on a brownfield site in Lionel Road South

Money being injected into project:  £71 million

Work to begin: Early next year

Pitzhanger Manor, designed by Sir John Soane, the architect of the Bank of England, is a Grade I listed building and one of the borough’s most iconic landmarks. Set in Walpole Park, the manor house and gallery is due to be completely restored through a programme of major works that will mean that the gallery will be in a position to borrow some of the world’s finest art works from national galleries and museums.  Walpole Park has already seen some major overhauls of the ponds and grounds to restore them to the original 19th century layout.

Money to be injected into the project: £500,000 in funding from Arts Council England, £4.42million award by the Heritage Lottery Fund and a £4.1million contribution from Ealing Council 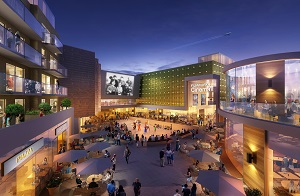 Ealing has been without a cinema since 2008 when the former cinema was demolished leaving only the listed façade and building site in its wake.

Edited July 20, 2014: As Alan who tweets under the handle @EalingCinema tweeted us recently, the project is not yet guaranteed.  The project still needs further land including a neighbouring office building, bar and other properties on the boundary of the site.  The council has recently (July 18, 2014) served a compulsory purchase order (CPO) to deliver the cultural quarter. Click the link to read about the latest developments (thank you to Alan @EalingCinema for kindly providing the latest news to make sure we were fully up-to-date!).

Projected Project includes: The cinema itself will have 1,000 seats with the most digitally advanced projection and sound systems 'to ensure the best film experience', and will include a ground floor café-bar, a 'statement' staircase and a bar on the first floor. The development as a whole will include a mix of restaurants, cafés, shops, bars and retail units, up to 161 new homes, and pedestrian links between New Broadway, Bond Street and Walpole Park are set to be improved. An outdoor screen and a flexible performance area, with Amphitheatre-style seating is also part of this 8 screen cinema development.

Money to be injected into the project: £100m

Work to be completed: it is hoped the cinema will be open in late 2017

The historic 186 acre park that straddles the border between Hounslow and Acton has just been given the green light for a major restoration project.

Project includes: Bringing boating back to the Round Pond, building a new cafe and restoring the Orangery are just some of the work that money will fund.

Money to be injected into the project: £4.7m of Lottery funding, with another £4.1 million from the Heritage Lottery Fund (HLF) expected if the Hounslow and Ealing councils bid is succesful (which we should find out in August 2014).  Further funding would be used to restore the mansion and other buildings within the park which are “at risk”.

It is hoped that the planned redevelopment of the shopping centre at the heart of Acton will assist in the regeneration of W3’s town centre including new housing and a significantly improved retail offer (including a brand new Waitrose).

Project includes: A 50,000 sq ft Waitrose supermarket, four new, smaller retail units along Churchfield Road which will retain the characteristics of this important shopping street that has become increasingly popular with independent retailers, new homes, of which 22% will be affordable, a new community available for use by local community groups, an enhanced pedestrian link between Churchfield Road and the High Street, during the centre’s opening hours, part of which will run alongside the St Mary's Burial Ground and an enlarged town centre car.

Where: between the High Street and Churchfield Road

Money to be injected into the project: £40 million 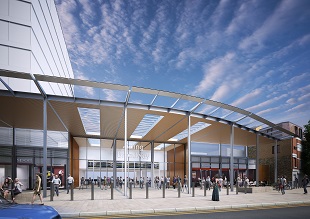 This new high speed cross London rail link is creating five new stations in the borough of Ealing, each with its own development opportunities. Direct connections between Ealing Broadway and Heathrow Airport will be 15 minutes, and Ealing Broadway to the City will be 20 minutes. Eurostar services at Stratford will be easily accessible in less than half an hour.

Money to be injected into the project: £14.8 billion for the entire Crossrail project

Work to be completed: services beginning to run in 2018.

What does all this development mean for property in Ealing?

With all these enormous redevelopment and regeneration plans for Ealing, Acton and Brentford it is really not hard to understand why house prices in our area of West London have gone up almost 20% over the last year.

Developers like Uplift who’ve invested in several new homes projects in Ealing were early to identify that demand for the high specification homes in the area would increase and have answered with both single family homes like this 5 bedroom house in W13 and a selection of 1 and 2 bedroom apartments in Grange Road.

Buy to let investment experts like Vanessa Warwick of Property Tribes have earmarked Ealing as an area to watch for investment opportunities. Citing the nearly £1million that will be spent improving 10 local shopping parades in the area, this landlord and property expert chose Ealing as a “borough to watch”.  Acton and Perivale made her list of the top 20 most affordable areas for better yield.

Want to make the most of the surge in development and regeneration in Ealing?  Let us know if you would like some free advice about buying, selling or letting in Ealing, Acton or Brentford by calling us on 0208 799 3371, email us or Tweet us @northfieldslive.  We’re here to help.