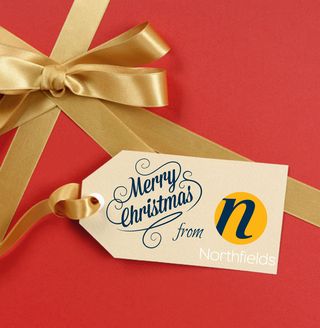 As 2013 draws to a close it seems an appropriate time to take a brief look back at the year and look forward to 2014.

London has seen an astonishing recovery over the last couple of years. Many are talking about property bubbles as the growth year on year of property prices in double digits has frightened many into thinking we are back to the days of the pre-credit crunch.

The strong revival of the housing market this year has generated increasing debate about whether the price increases we are seeing are sustainable or simply creating a bubble which will at some point burst.

However, I do not believe we will enter bubble territory as achieved price growth to date outside London has been modest. The Bank of England also moved to head off the risk of a bubble in house prices at the end of November, by withdrawing support to prop up mortgage lending with a scheme launched last year. Although the Help to Buy scheme remains in place.

Moreover, mortgage interest rates are likely to remain low at least until the General Election meaning that affordability should stay manageable for most households.

What the government holds in store for property in 2014

George Osborne’s Autumn Statement demonstrated that the recovery of the UK housing market is still very much on the Chancellor’s mind. The extension of Capital Gains Tax came as no surprise and the decision to allocate more funds towards supporting housing development was by far the most significant and promising announcement. I am pleased that rumours of a reintroduction of Land Tax did not materialise as this would have almost certainly stalled developer and house building activity.

Following the Government’s controversial decision to remove the mortgage element of the Funding for Lending scheme, aspiring buyers will be encouraged to hear the Chancellor continuing to support Help to Buy, which some felt was in danger of being scrapped. However, there will be widespread disappointment that the Stamp Duty threshold was not raised, although perhaps this is being saved as a pre-election sweetener next year.

Team Northfields continues to Be: Amazing

2013 has been an extraordinary year and whilst competitive, the one constant has been the absolute commitment from all our staff to excel and to exceed all expectations.

We need to make room in the trophy cabinet

Naturally our proudest moment was winning four awards at the Estate Agency of the Year Awards in association with The Sunday Times and The Times.  We were recognised for our Marketing, Social Media, Training & Development and Best Agency of our size in London.  These awards provide us with an opportunity to benchmark ourselves against the very best in the industry and to win four is a powerful testament as to the quality of service and performance we are delivering.

To conclude, 2013 has been a year of progress in both the economy and the property market with transactional volumes increasing and confidence growing and I expect this momentum to continue into 2014.

Hitting the Ground Running in 2014

We have plans to grow our operations further and, after a short break over the Christmas and New year period, we are looking forward to “hitting the ground running” in 2014. We therefore look forward to continuing to help our many sellers, buyers, landlords and tenants achieve their moving goals.

May I take this opportunity to wish you and your family a very Merry Christmas.

Remember that I’m available on Twitter to offer you free advice, just tweet your question to @northfields.  Tell me how we can help you to achieve your moving goals in 2014.