What does it mean when a property is described as having a certain number of “natural” bedrooms?

I recently joined a conversation on a local Facebook group and someone said they were looking to buy a “natural” three bedroom house.  This term caused a bit of confusion for some of the members. Luckily, I was able to use my experience to jump in and explain this bit of jargon. 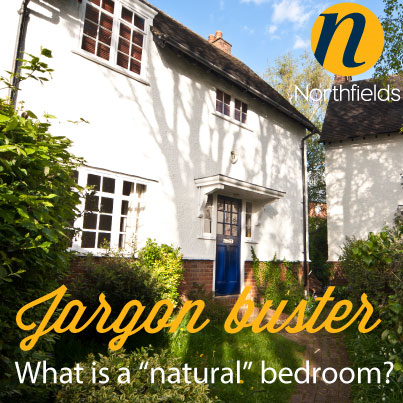 Simply put, when someone says that a property is a “natural” three bedroom/four bedroom/whatever size bedroom house, what they mean is that the house was originally built with that many bedrooms.

Jokingly, one of the other group members read my response and quipped that in light of that explanation she guessed she had an “unnatural” three bedroom house.  A bedroom that can’t be described as being "natural" will have been added via a loft conversion or extension.  Even if a house has had extra bedrooms added, it is still common to describe the original bedrooms as being “natural”. 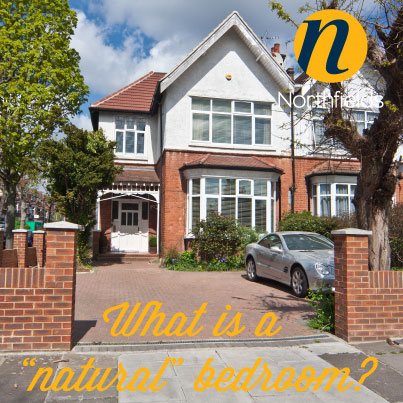 This five bedroom house for sale in the St Stephens area of Ealing has 3 natural bedrooms and two additional bedrooms.

Why do buyers look for houses with a certain number of natural bedrooms?

Some buyers are looking for a certain number of natural bedrooms as it can (but not always!) indicate that there may be scope to add more.  If a house has 3 natural bedrooms, there may be room to add an extension to create more.  However, if a house has 2 natural bedrooms and a third created by an extension, it’s less likely that a fourth could be added (but not impossible, of course – it all depends on whether or not there is additional space and whether or not you could be given planning permission).  Even if the home has not been previously extended it does not necessarily mean that you will be given permission to add more – it depends on the situation.

Colleen Babcock, Marketing Manager at Northfields will be happy to explain any jargon.

Estate agents often will state if there is any possibility for creating an extension and will include the proviso that the “usual consents” will need to be sought before undertaking any further expansion. “Usual consents” will often refer to asking the freeholder for permission (in the case of share of freehold properties for example) or gaining planning permission from your Local Planning Authority.

Do you get confused by estate agency jargon?

I remember when I first started with Northfields back in 2005 and there were quite a lot of terms and words being used that I’d never heard before.  I’m now familiar with the “lingo”, but I try to write in language that is as clear and jargon-free as I can manage.

If you are confused by any estate agency jargon, please feel free to tweet me with your questions @Northfieldslive or ask us via our Facebook page.  We’d be happy to translate!  We speak fluent estate agency!